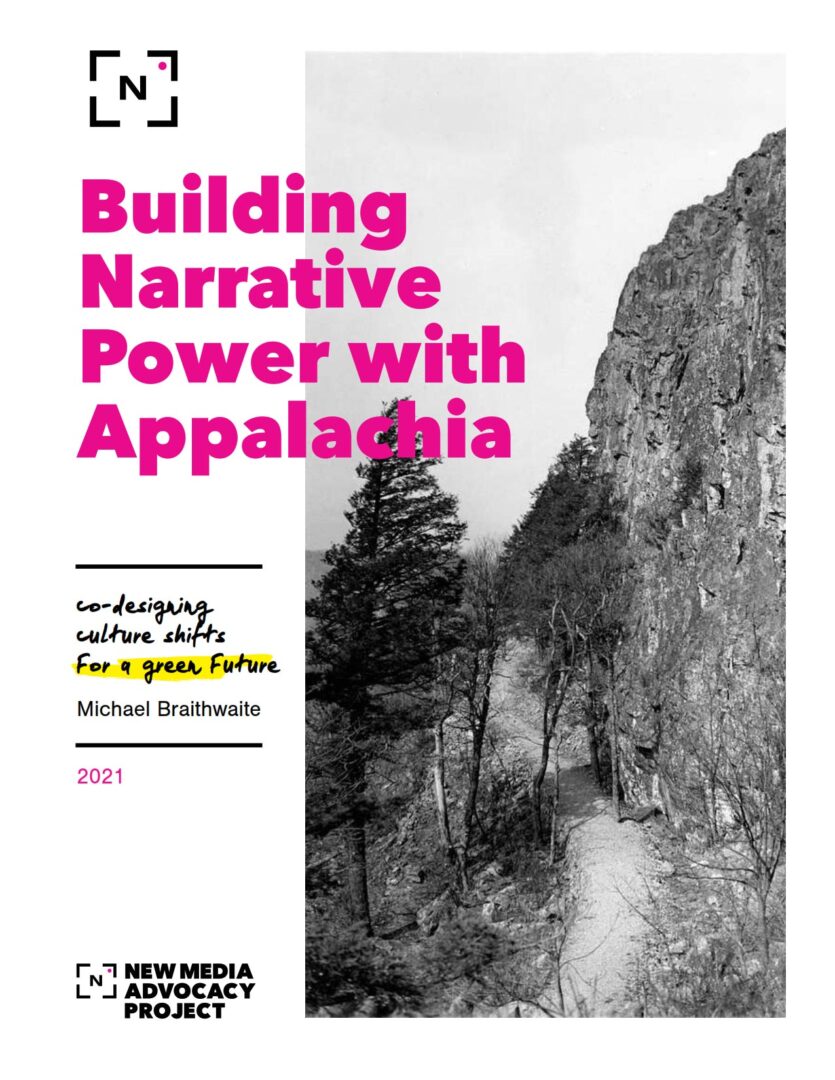 In recent years, the oil and gas industry has made an aggressive and rapid pivot to petrochemicals. At the same time, rising sea levels and powerful hurricanes along the Gulf Coast threaten the vast petrochemical infrastructure in Louisiana, known as “Cancer Alley” to local communities. In response, the industry has targeted a 400-mile stretch of the Ohio River Valley in Central Appalachia for both resettlement and expansion.

Once complete, the Appalachian Storage Hub, or ASH, would include a combination of ethene cracker plants, fracked gas pipelines, and underground storage tanks. Combined, they would threaten the air, water, and health of communities across three states. The majority of the infrastructure would be used to support the production of single-use plastics. In 2019, the Ohio Valley Environmental Coalition (OVEC) approached NMAP with a collaboration idea aimed at better understanding of the narrative environment around ASH and how narrative change could expand their movement.

This case study was created to document NMAP’s ongoing and evolving work building narrative power with people in Central Appalachia. We hope that it sheds light on the ways in which even advocates can form assumptions that create barriers for their work, while also showing how using a research-based narrative change methodology can neutralize assumptions and light new pathways for movement expansion.

Our goal with this work is to inspire advocates and their funders to invest time, energy, and money into longer-term narrative change methodologies that center deep understanding of community values and lived experiences.

NMAP Appalachia Report
We use cookies on our website to give you the most relevant experience by remembering your preferences and repeat visits. By clicking “Accept All”, you consent to the use of ALL the cookies. However, you may visit "Cookie Settings" to provide a controlled consent.
Cookie SettingsAccept All
Manage consent